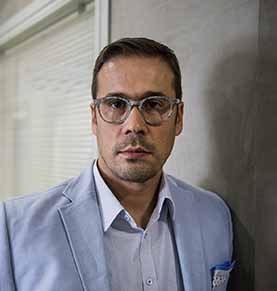 Alexandros Kouloukouris was born in 1975 in Thessaloniki, Greece. He studied architecture at Westminster University where he got his BA(Hons) degree in 1997. He worked for a year out,in BDGMcColl in Bristol and he continued his postgraduate studies in Oxford Brookes University till 2000. During his postgraduate years he was finalist for the OTIS 2000 competition in Hong Kong, receiving a merrit award. In 2001 he completed the MSc in Energy Efficient Architecture while working for Alldington Gregg and Collinge in Oxford. From 2003 he operates as an associate and design director of Kouloukouris & associates in Thessaloniki Greece. From 2004 he participates at the construction company that develops ‘ Constantinidis Estate’ in Hanioti, Halkidiki. The largest summer housing project of North Greece. While at the same time the office of Kouloukouris& associates completes a number of private projects ( design and build) and taking place in numerous competitions and design projects for private and public sector.