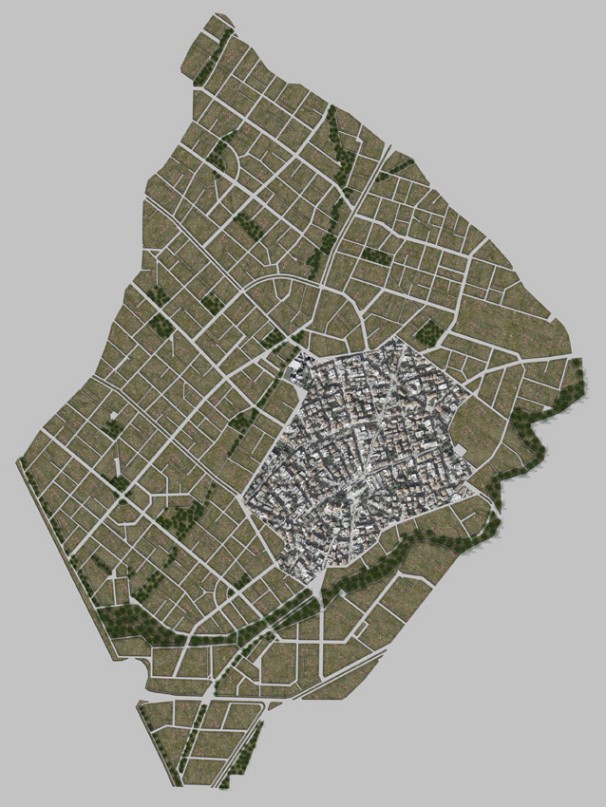 The study secures the communal spaces authorized by the Urban Development Master Plan, the manner of construction and the restrictions, the implementation of the hierarchically organised networks, the formation of central and sub-central areas, the creation of pedestrian networks and bicycle lanes in a functional relationship with public and central functions.