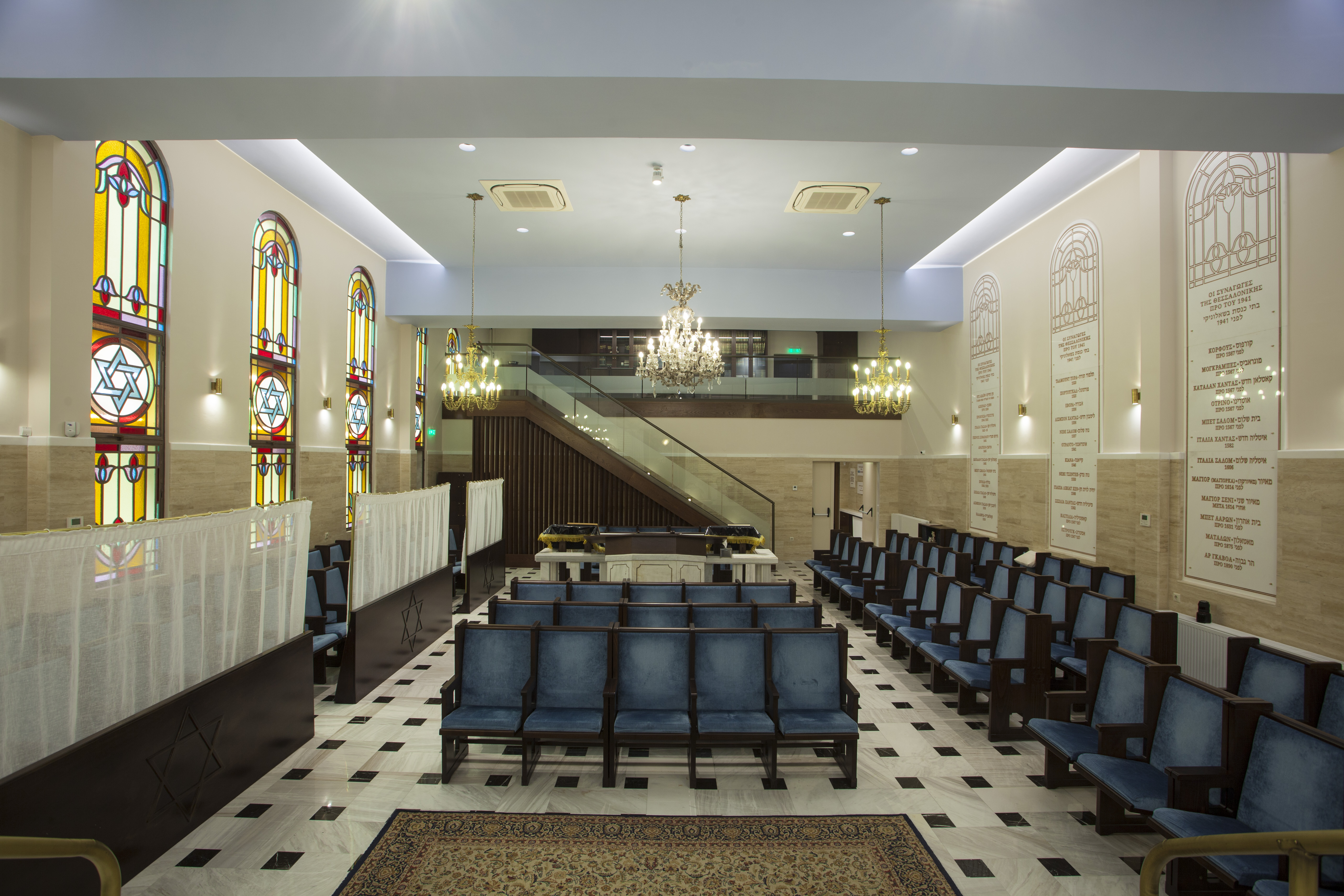 The Synagogue, Yad Leszarron, is located on the ground floor of an office building, built in 1984 on a plot of land in the city center. But its history begins earlier, shortly after the fire of 1917. In this plot there was an earlier synagogue called Ashkenaz.

The Ashkenaz Synagogue was a rectangular, lush area with perimeter wooden pews. What gave the area its historicity was the ornate Echal (the place where the Papyri of the Law is kept) and the marble step, where it becomes operational, in the center of the space. These two elements were saved from earlier synagogues and then moved to the newest synagogue, Yad Leszikaron.

The area of ​​the congregation, Yad Lezikaron, is divided into two parts: (a) in the foyer of the entrance with the reception area and the auxiliary spaces; and (b) the main room of prayer. The main space of prayer leads to an auxiliary space in the attic and in the open space of the building that functions as a courtyard.

In 2015, the Israeli Community of Thessaloniki, under the presidency of David Saltiel, decided to proceed with the renovation of the Synagogue with a view to its better functioning, to renew its electromechanical equipment to ensure better operation and reduction in energy consumption and to highlight the historical elements of the space.

The project was undertaken by the architectural team of Dr. Elias Messina ("The Synagogues of Greece", Bloch Publishing Co., New York and "The Synagogues of Thessaloniki and Veria", Gavrielidis Publishing House, Athens) with KARD Architects - Dimitris Raidis and Alexandros Kouloukouri, under the supervision of its engineer Of the Jewish Community of Thessaloniki David Franses. The aim of the refurbishment team is to upgrade the space in a functional, aesthetic way and to emphasize its historicity.

The planning process followed the full involvement of the key players of the Community at all stages and decision-making, so that planning is fully participatory and all decisions stem from and mirror the Community's vision.