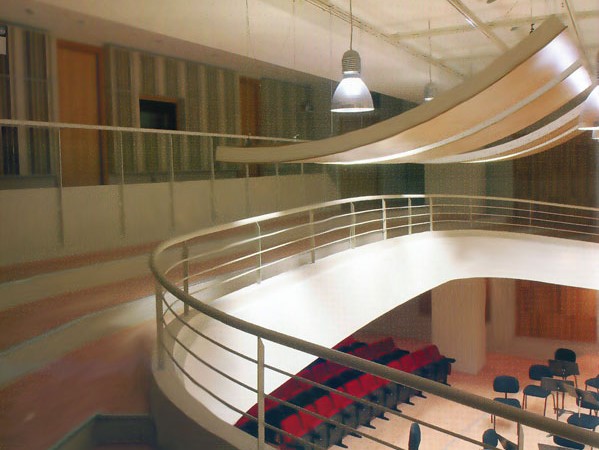 After more than half a century of constant presence and contribution to the cultural life of the city, Thessaloniki State Symphony Orchestra has acquired a new Rehearsal Hall.

The facilities cover the ground and the first floor of the building, which was designed to meet the needs of a modern symphony orchestra rehearsal hall and conform with the current international standards.

Particular attention was paid to the hall through the construction of a special acoustic casing with impact-sound reducing material, as well as wooden panels of special cross-section for optimal sound diffusion to the orchestra pit and the balcony. Furthermore, low frequency sound-absorbing panels were placed in the back part of the stage and the circumferential walls, and curved reflectors were placed on the ceiling in order to improve acoustics.

The hall has a total area of 370sq.m and a stage of 180sq.m that can comfortably host 115 musicians and a 75-member choir. By the end of this project the city had acquired a modern hall worthy of its expectations.